When I reviewed the Essence Metallic Eye Pencils earlier, I thought Lilectric was a good alternative to Urban Decay's Ransom. Ransom is a very unique purple/blue duo chrome that adds a nice pop of color along the lower lashline. 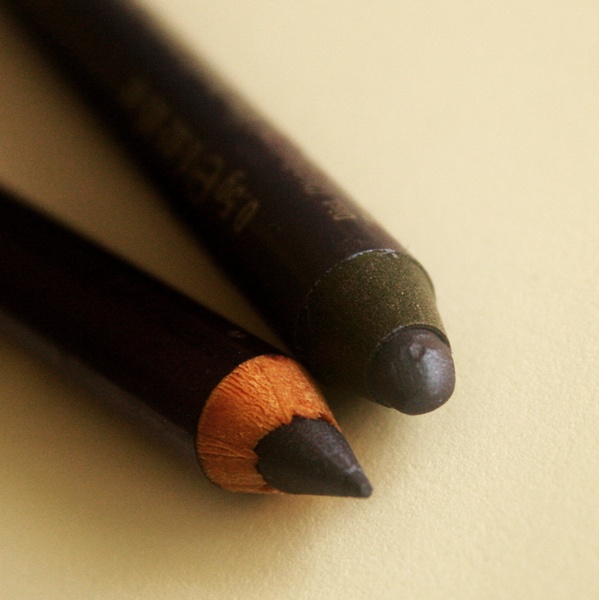 As far as the pigmentation goes, both go on a little sheer but the intensity is buildable. Both are very creamy and go on smooth.However, Lilectric is so soft that it has a tendency to break off which can be a little inconvenient. Shade wise, I would not say they are dead on dupes but they are very similar! Along the lower lash line, the difference is very subtle and almost difficult to spot. Lilectric is just a tad more violet than Ransom. 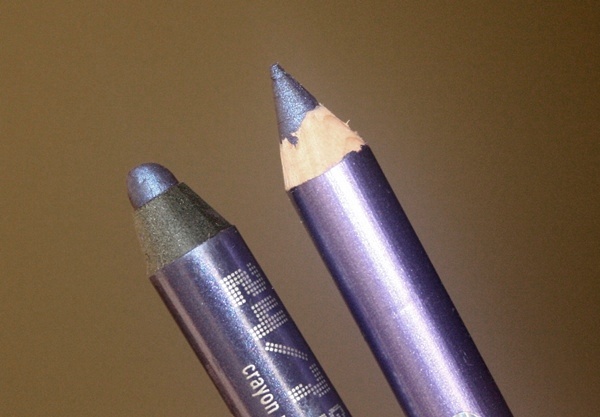 And of course, there's the formula. Ransom is waterproof and stays on longer than Lilectric. Lilectric does not smudge but, fades after a good 3 hours. 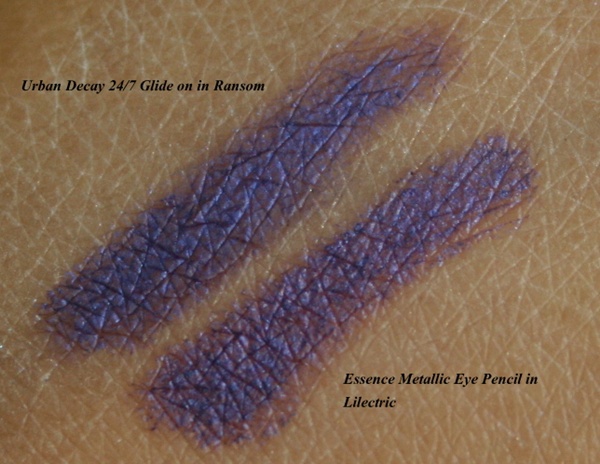 Overall, shade wise, the Essence Metallic Eye Pencil is a very close dupe(not dead on) and a super affordable alternative priced at $1.49, compared to Urban Decay at $18. If this is not a color you'd wear often and think the staying power & subtle color difference are not a major concern, Lilectric does a fab job. If you don't prefer touch ups throughout the day and like long wearing pencils, Ransom is a good choice.

What do you think of these? Are they dupes? Which one do you prefer?

* Essence Metallic Eyeliner was a press sample
Posted by Appu