Bronzes, Taupes and Neutral Browns are the most seen colors in my eye shadow collection. I love a good bronze that isn't too shimmery for an all over wash on the lid, paired with a subtle, warm brown in the crease. Here's what I used for my eyes, lips and face.

Chanel Vitalumiere Aqua Foundation in B40, Bobbi Brown Corrector in Peach and set them both with MAC Careblend Face Powder in Medium Dark. I used Dior's Diorblush Cheek Creme in Panama for a soft wash of color. 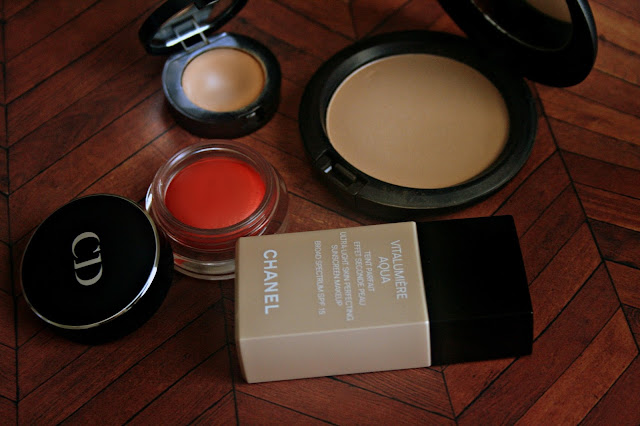 Primed my eyes with Becca's Eye Tint in Baroque - its a dull, taupy brown so the bronze shows up better this way, especially on my skin tone. I used Estee Lauder's Pure Color Shadow Paint in Chained all over the lid and used Burberry's Sheer Eye Shadow in Midnight Brown along the outer corner and a bit into the crease. Bobbi Brown Gel Eyeliner in Caviar Ink on the lashline and MAC Kohl Power in Feline on the waterline. Curled my lashes and applied two coats of Benefit's They're Real Mascara. 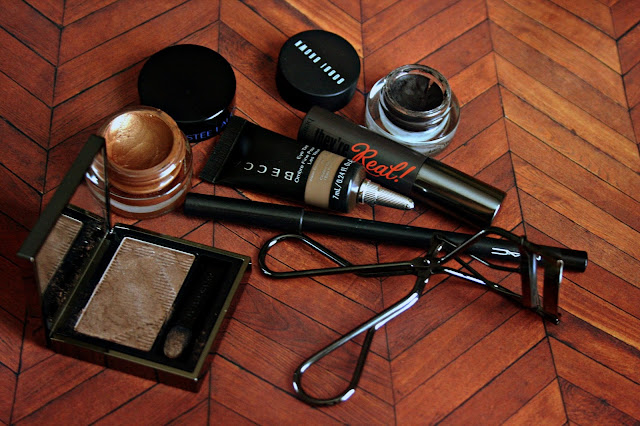 For the Lips, I applied a light layer of Chanel's Rouge Coco Shine in Pygmalion and topped it off with Lancome's Gloss in Love in Just Strass. It doesn't look "coral" enough in the pic, but is much better and brighter in person! 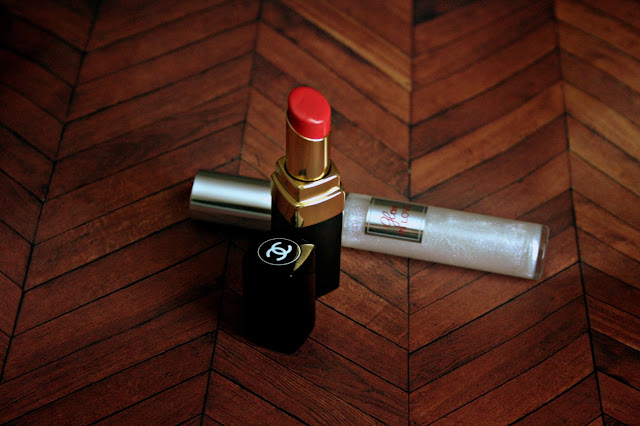 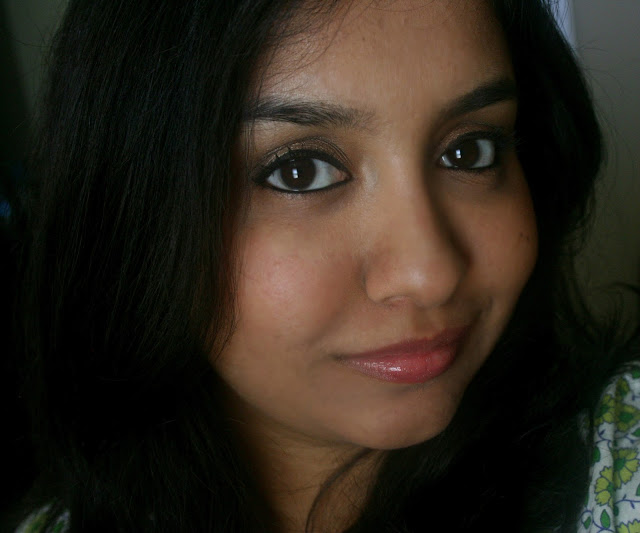 Its a very quick, simple and easy look for when I want a little something extra on my eyes without going crazy with too many eyeshadows. Most times I don't use anything in the crease, but when I do, its usually a dark brown or a matte grey!
Posted by Appu