A (Mostly) MAC Face of The Day

I was sorting out my makeup stash a few weeks back and had decided to back2mac a few stuff, when I realized I haven't worn a lot from MAC lately. So I decided to use some of the ones I hadn't planned to recycle - most of what I've used is MAC with the exception of a couple of base products and mascara.

Face - NARS Pure Radiant Tinted Moisturizer in St.Moritz, Bobbi Brown Corrector in Peach, topped off with MAC's Studio Careblend powder in Medium/Dark.  * Also filled in my brows with a random matte taupy/brown eye shadow, but forgot to include it here.

Blush - I used MAC's Sheertone Blush in Sincere and added a bit of Benefit's Watt's Up! to highlight my cheek bones & the bridge of my nose. Sincere is a blush/bronzer hybrid and looks super flattering on most medium/dark skin tones as a blush. Its matte and adds a little bit of warmth to my face. I've almost hit pan on it!

Eyes - Primed with MAC Paint Pot in Groundwork, applied a sheer wash of Antiqued Eye Shadow, lined with Teddy Eye Kohl on the upper lashline and Feline, one of my favorite black eyeliners on the waterline, slightly smudged along the lower lashline. I would normally set feline with a darker shadow, skipped doing that this time around. Also added a bit of  Benefit's Watt's Up! on my brow bone. Curled my lashes and applied a couple of coats of YSL's Baby Doll Mascara.

For the Lips, I used MAC's Cremestick Liner in Sublime Culture and applied a sheer wash of MAC's Syrup Lipstick. Syrup is a mauvy pink and since its a lustre, the formula isn't the most moisturizing or long wearing, so a lip liner underneath helps with wear time. 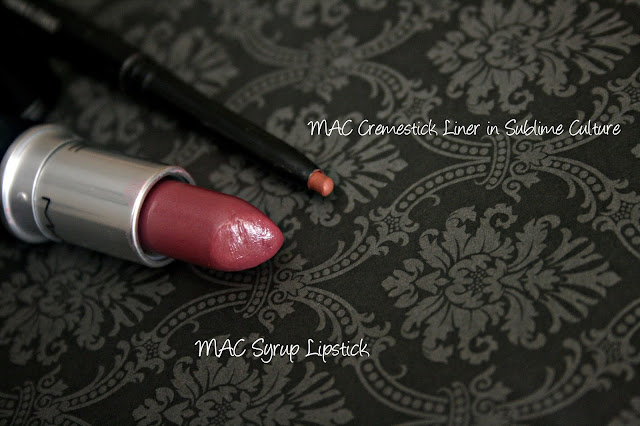 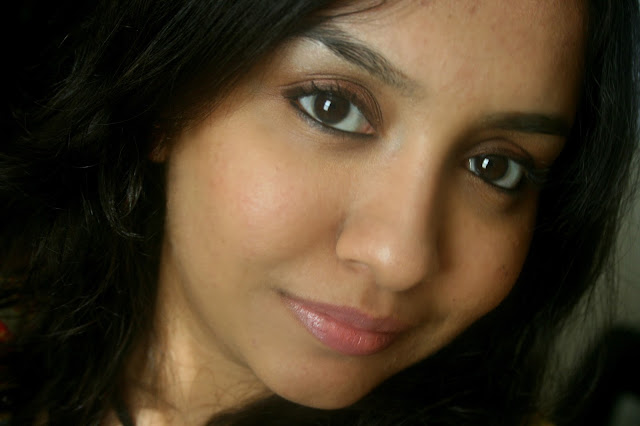 Have you tried any of these MAC products? What are some of your favorites?
Posted by Appu