The Bonne Mere Shower Gels ($14; loccitaneusa.com) are among many fabulous bodycare launches that were released as part of L'occitane's fall lineup, earlier this month. The shower gels come in five scents of Olive, Peach, Rosemary, Lemon and Honey! 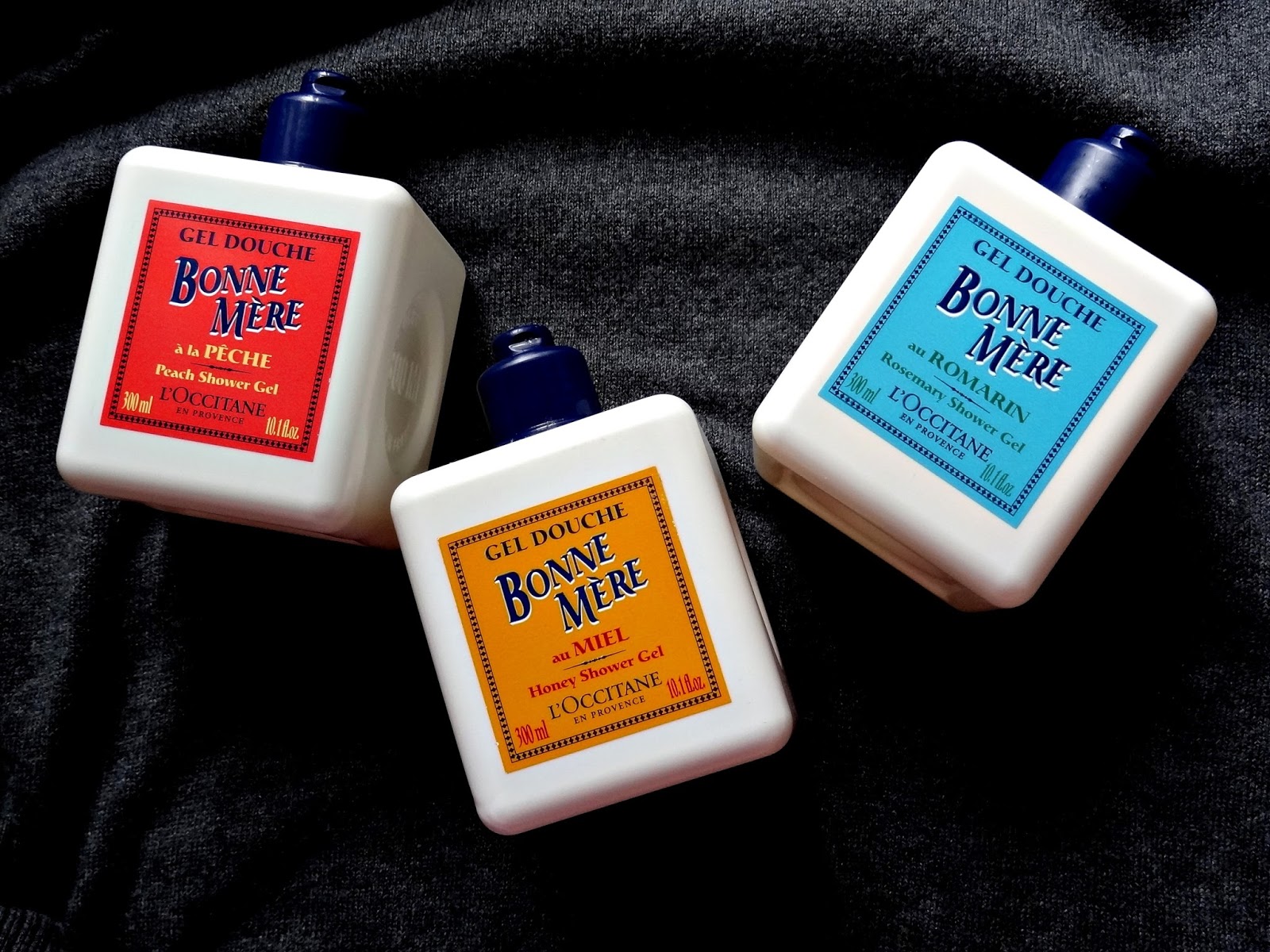 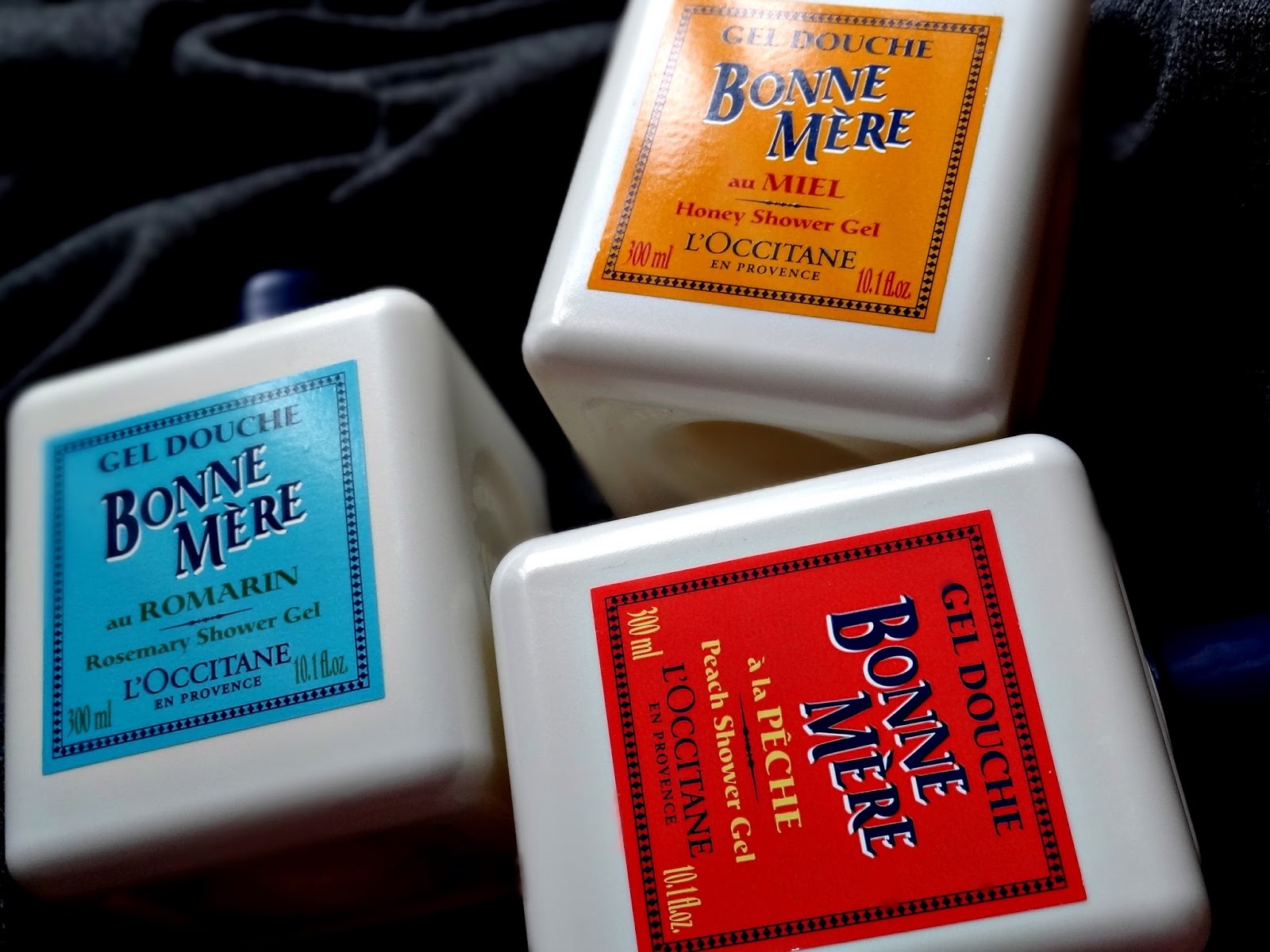 I tried out Honey (au Miel), Rosemary (au Romarin) and Peach (a la Peche), all of which I absolutely love. The shower gels smell very real, light and true to the description. Honey is a warm, sweet scent, which I found to be the strongest of the three, Rosemary is crisp and earthy, while Peach is juicy and fresh. The packaging is quite practical and the shower gels stack one on top of the other. They are sulfate-based cleansers and do the job effectively without leaving a slippery residue behind. While the scents don't linger around for the longest, I find them perfect for a shower gel and non intrusive with my perfume. Overall, they are really lovely, very gentle on the skin and the scents are something you just can't go wrong with! 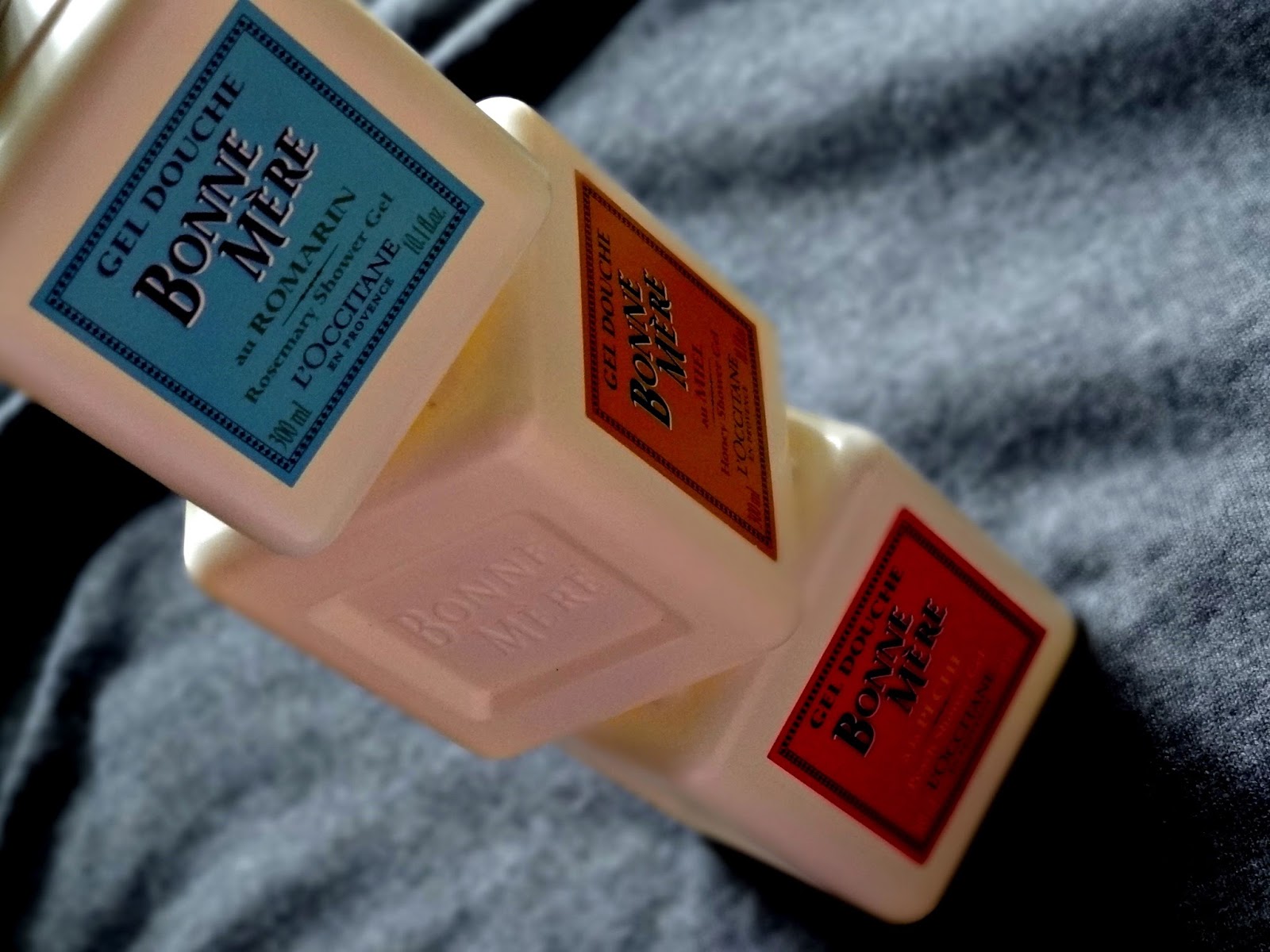 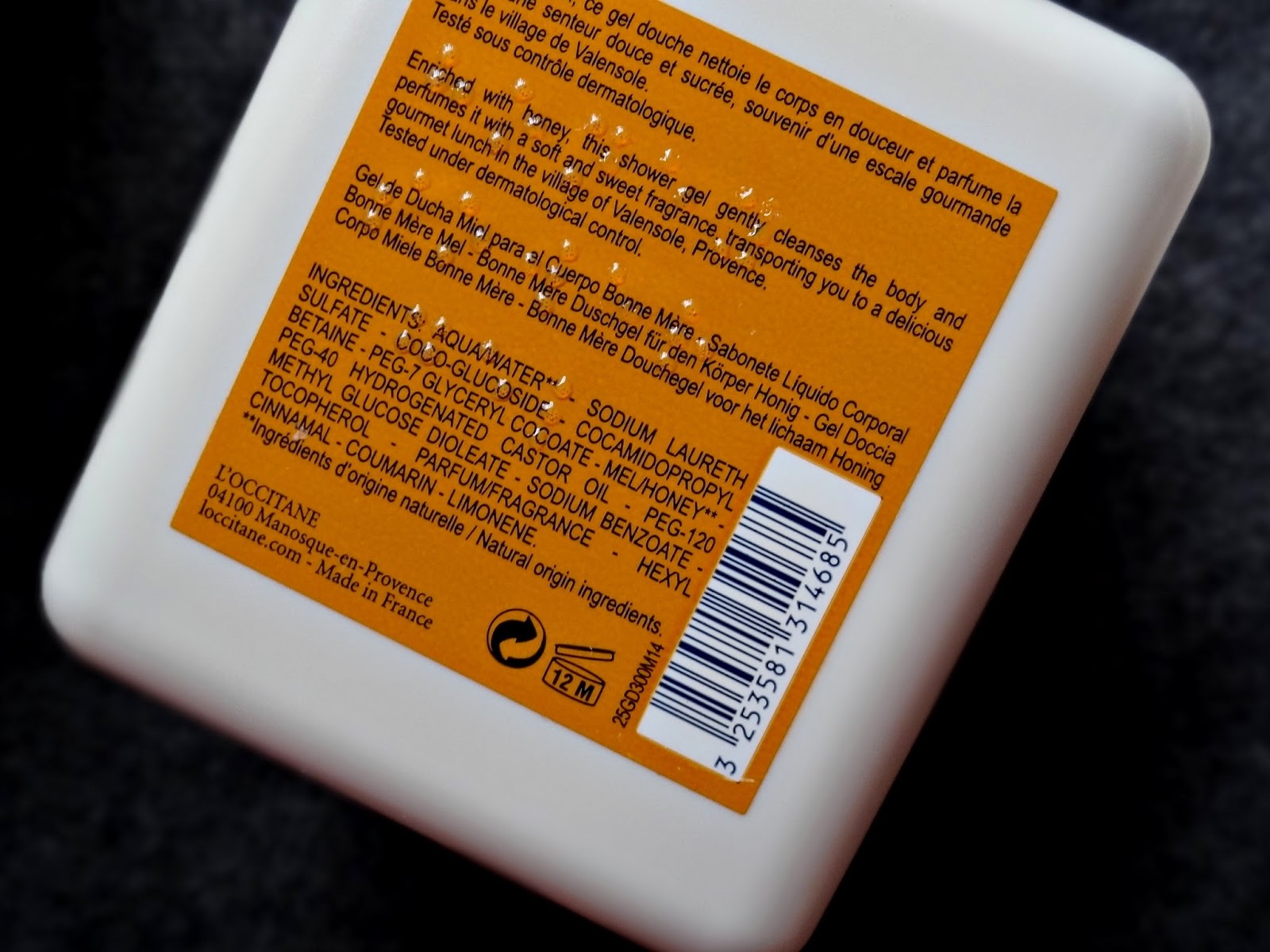 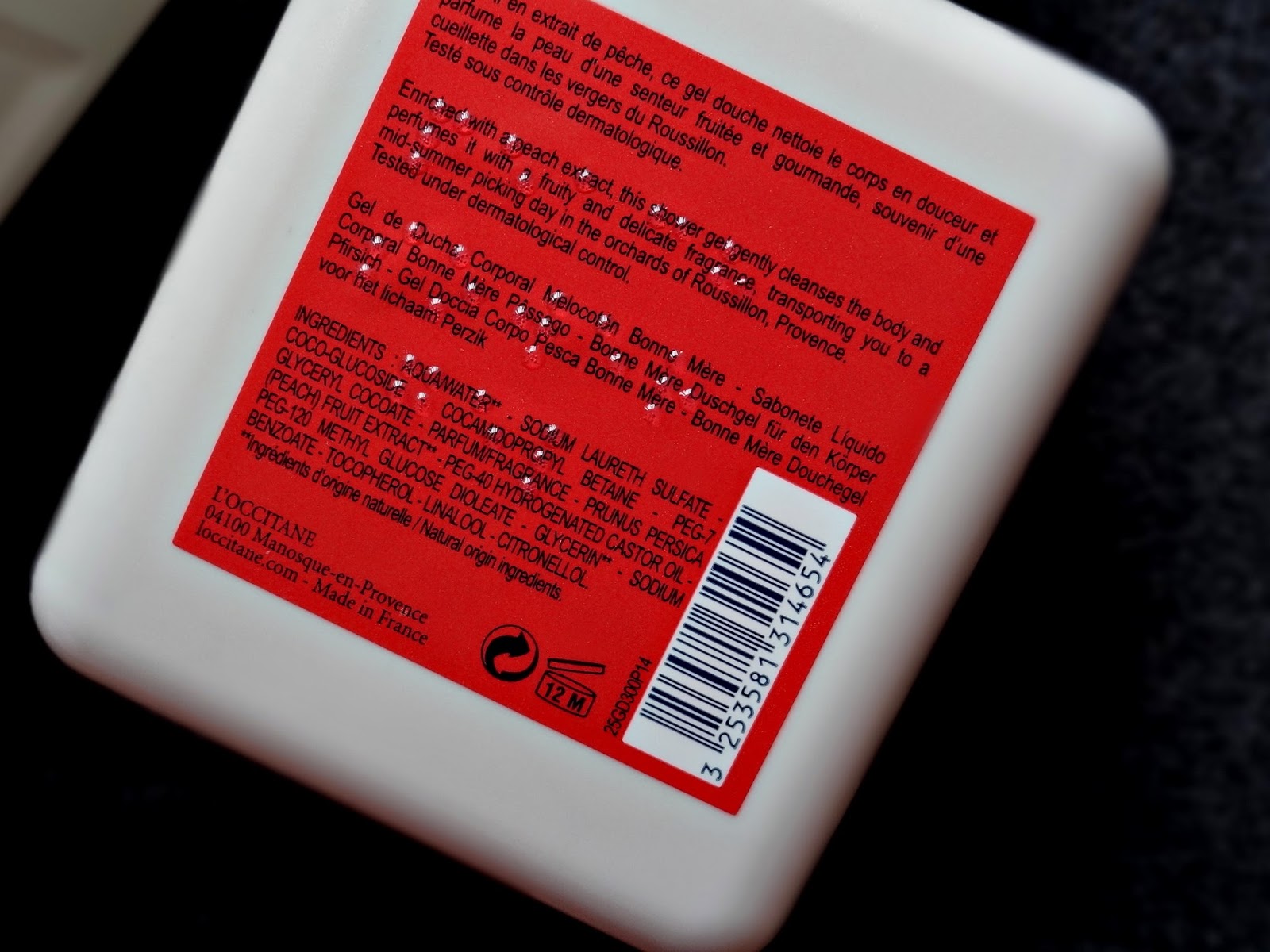 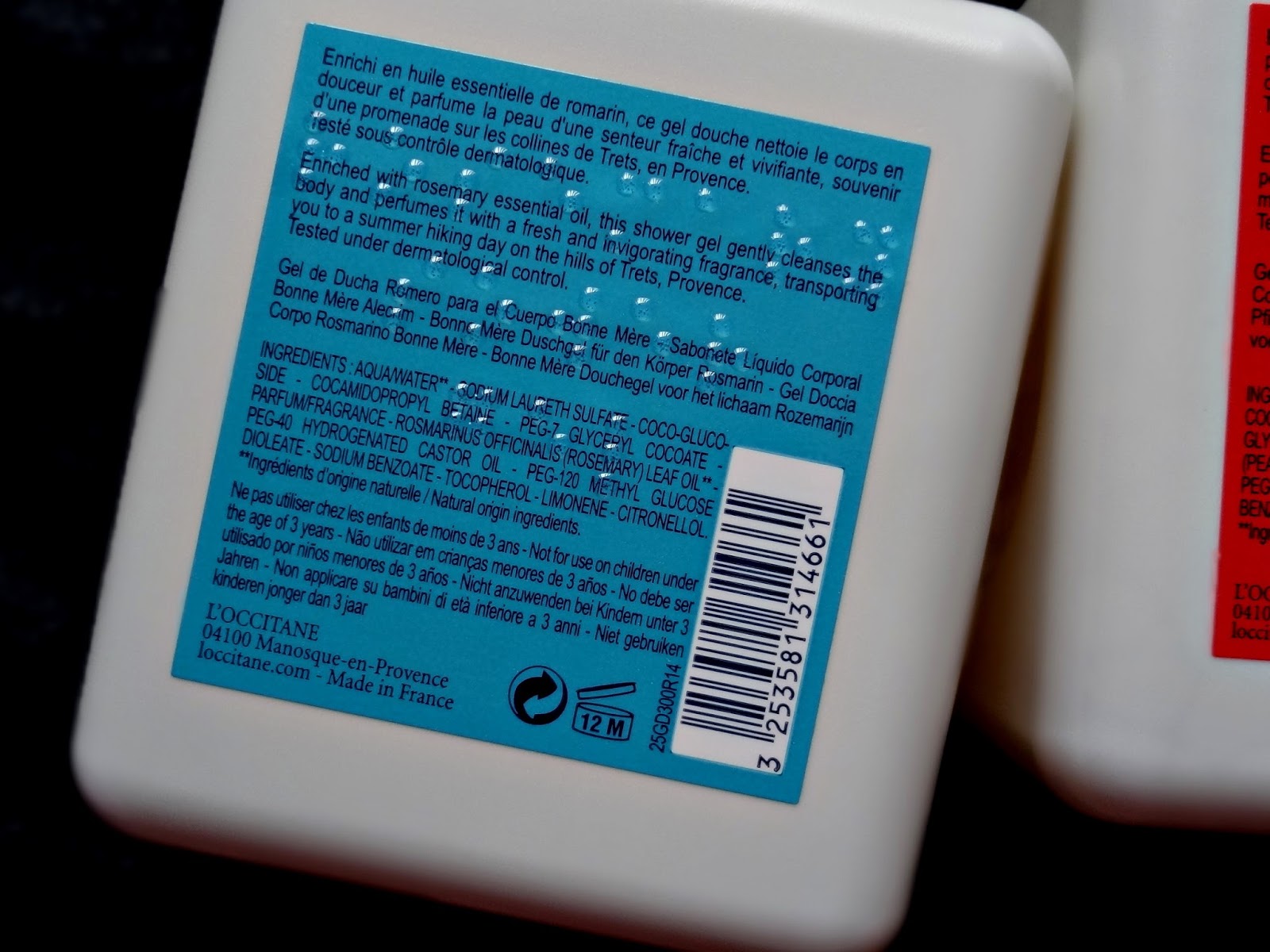 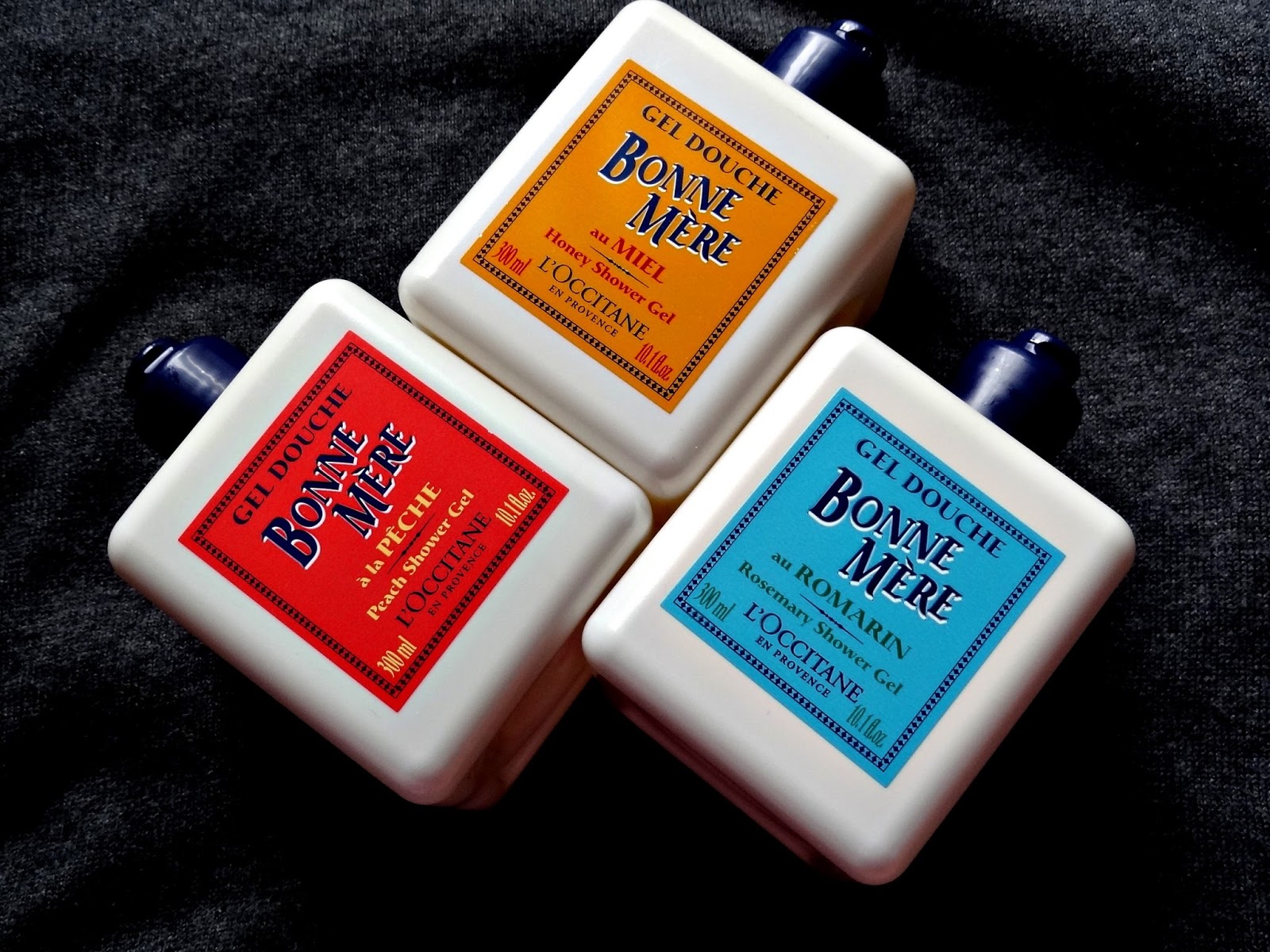 Have you checked out L'Occitane's Bonne Mere Shower Gels yet?