A quick makeup look to do with just a pop of color, keeping the lips matte and eyes very neutral. I’m not a huge fan of matte lips, but I can do them once in a while when I find a color combo I like. 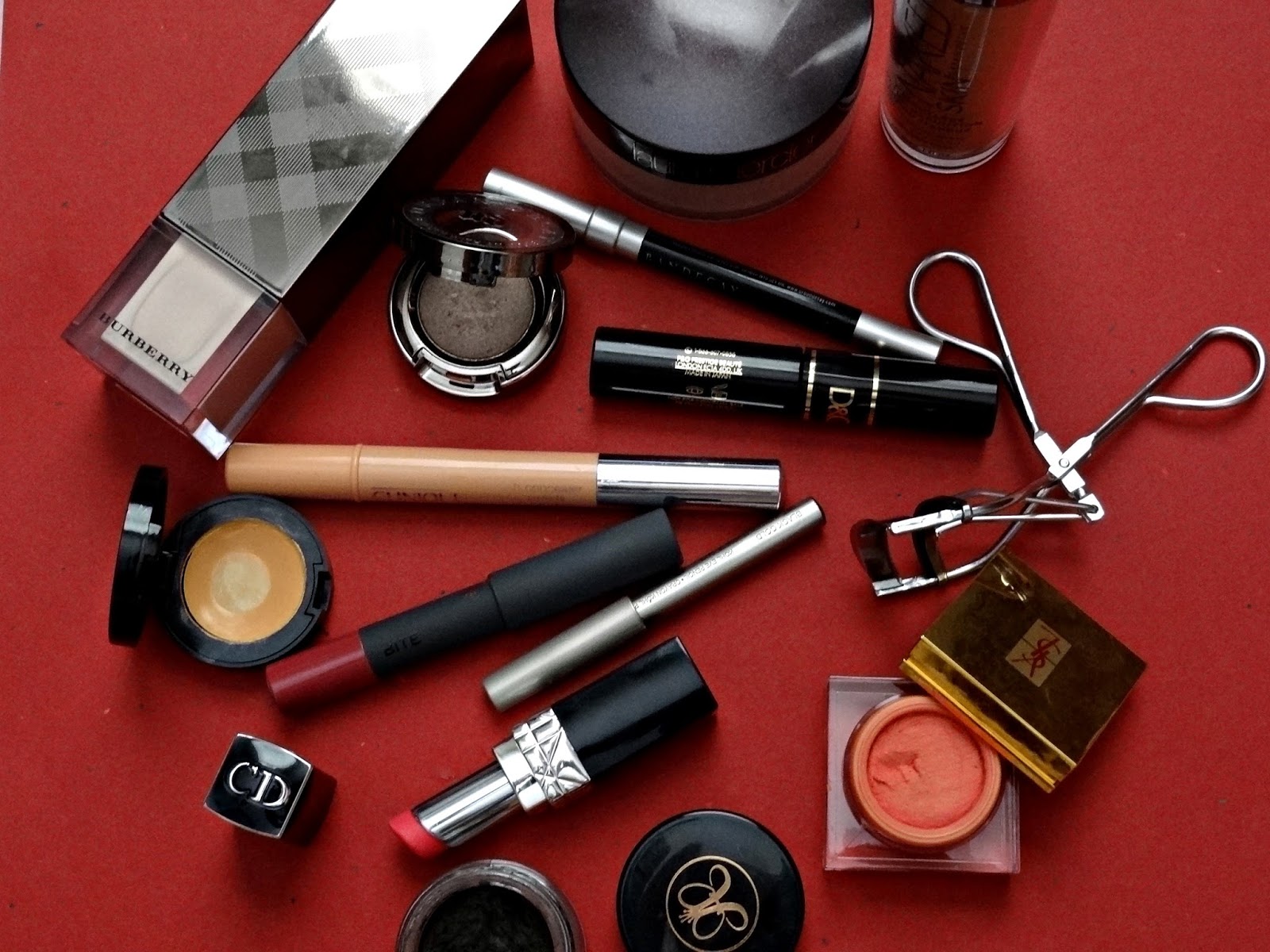 For the face, I used a mix of Burberry’s Fresh Glow Fluid mixed in with Urban Decay’s Naked Skin Foundation in #6 since my face is rather dry this time of the year and Fresh Glow adds a natural sheen. To conceal under the eyes, I used Bobbi Brown’s Corrector in Peach, followed by Clinique’s Airbrush Concealer in Medium, finally setting everything with Laura Mercier’s Translucent Finishing Loose Powder.

I kept the eyes very simple with just one eye shadow, Urban Decay’s Stray Dog, one of my favorite shimmery, grey based taupes. I lined the upper and lower lash line with Laura Mercier’s Black Gold Eye Kohl, which is a super gorgeous, shimmery olive gold. Urban Decay’s Zero on the waterline, lashes curled with Dior’s Backstage Lash Curler and two coats D&G Passion Eyes Duo Mascara completed the eyes. For the brows, I used Anastasia's Brow Pomade in Ebony with an angled brow brush. 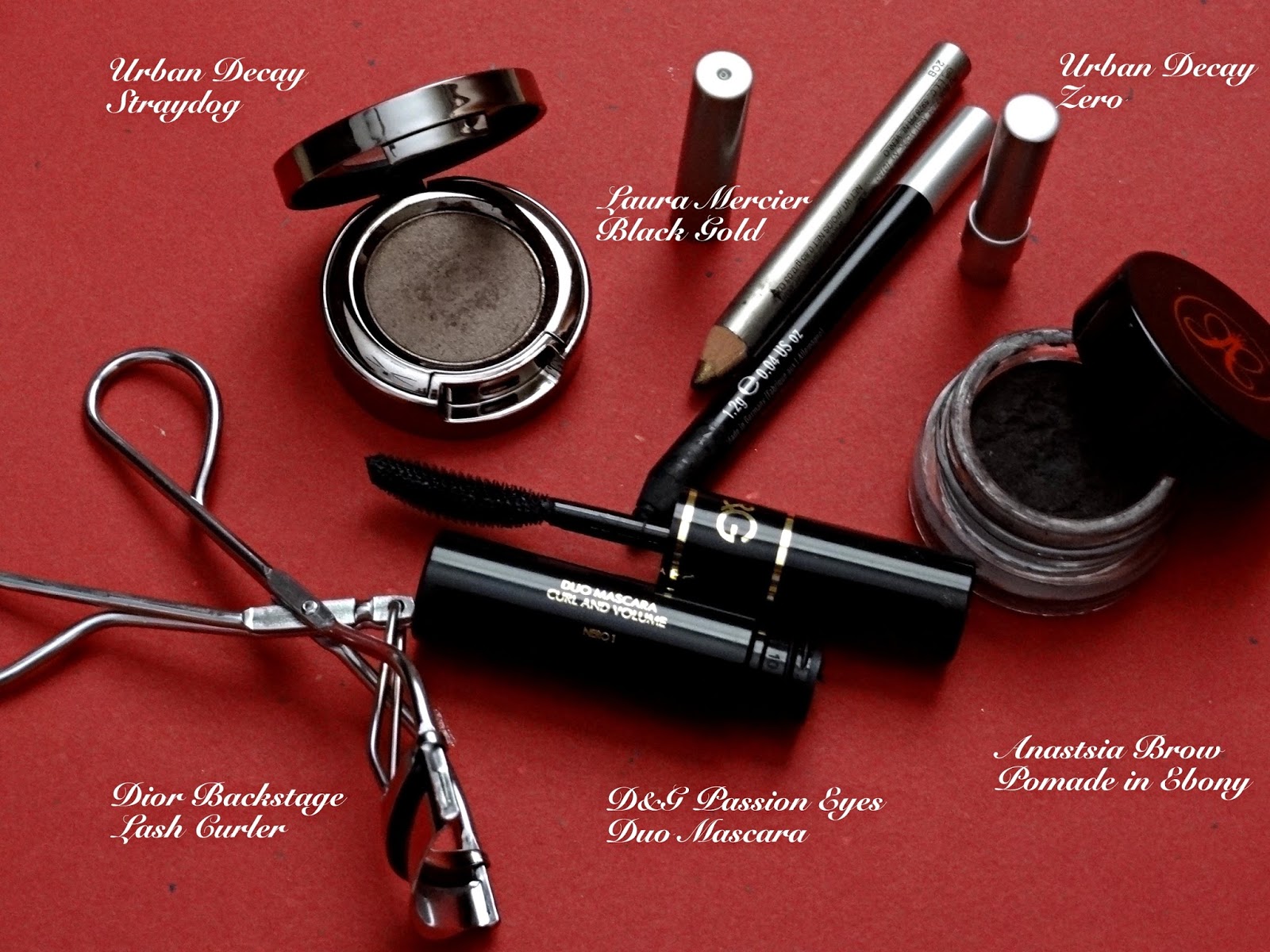 For the cheeks, I used a very sheer wash of YSL’s Creme de Blush in Velvety Peach. I used Dior’s Rouge Dior Baume in Primerose  as a base and Bite Beauty’s High Pigment Pencil in Rhubarb on top of it. 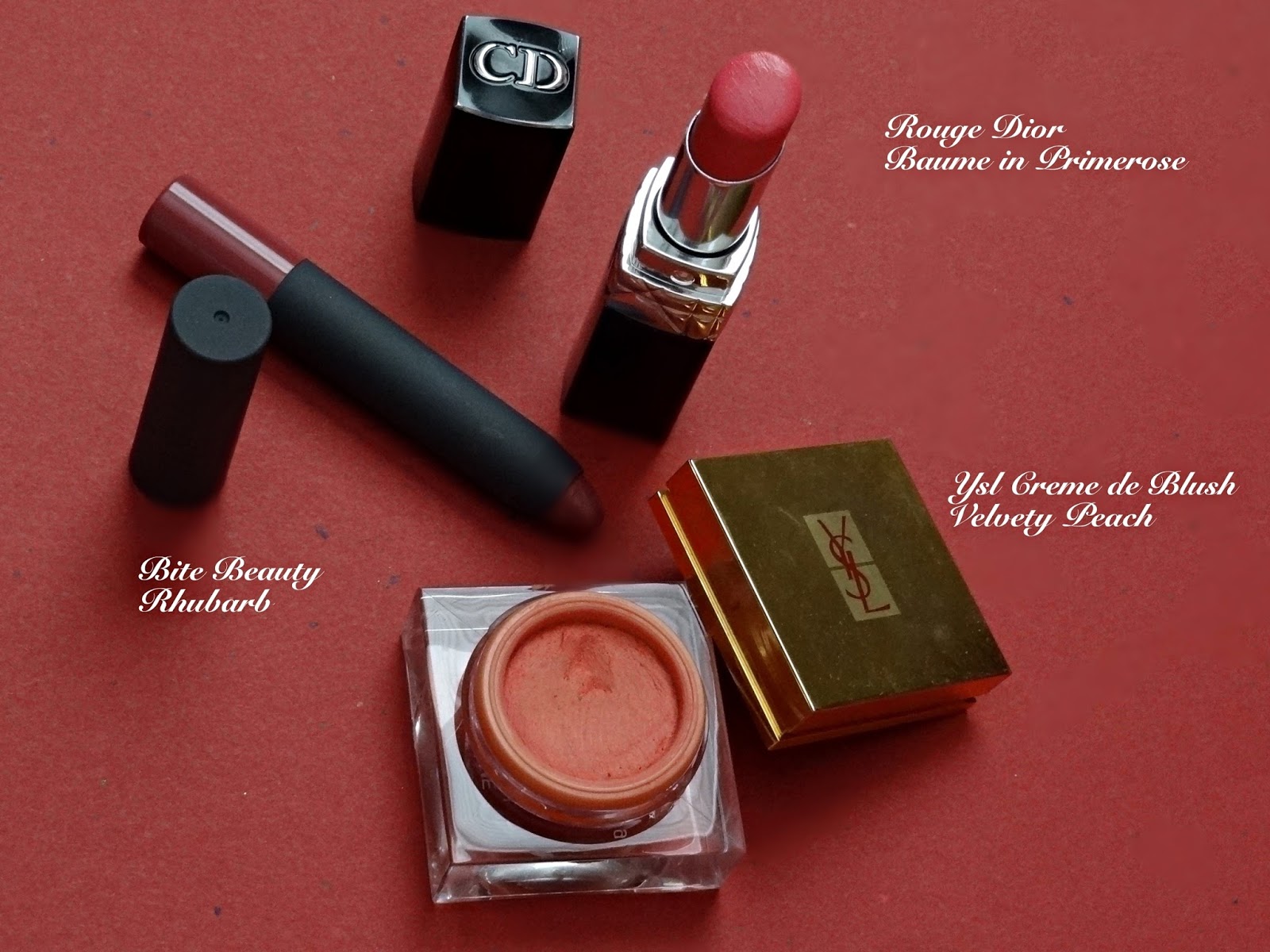 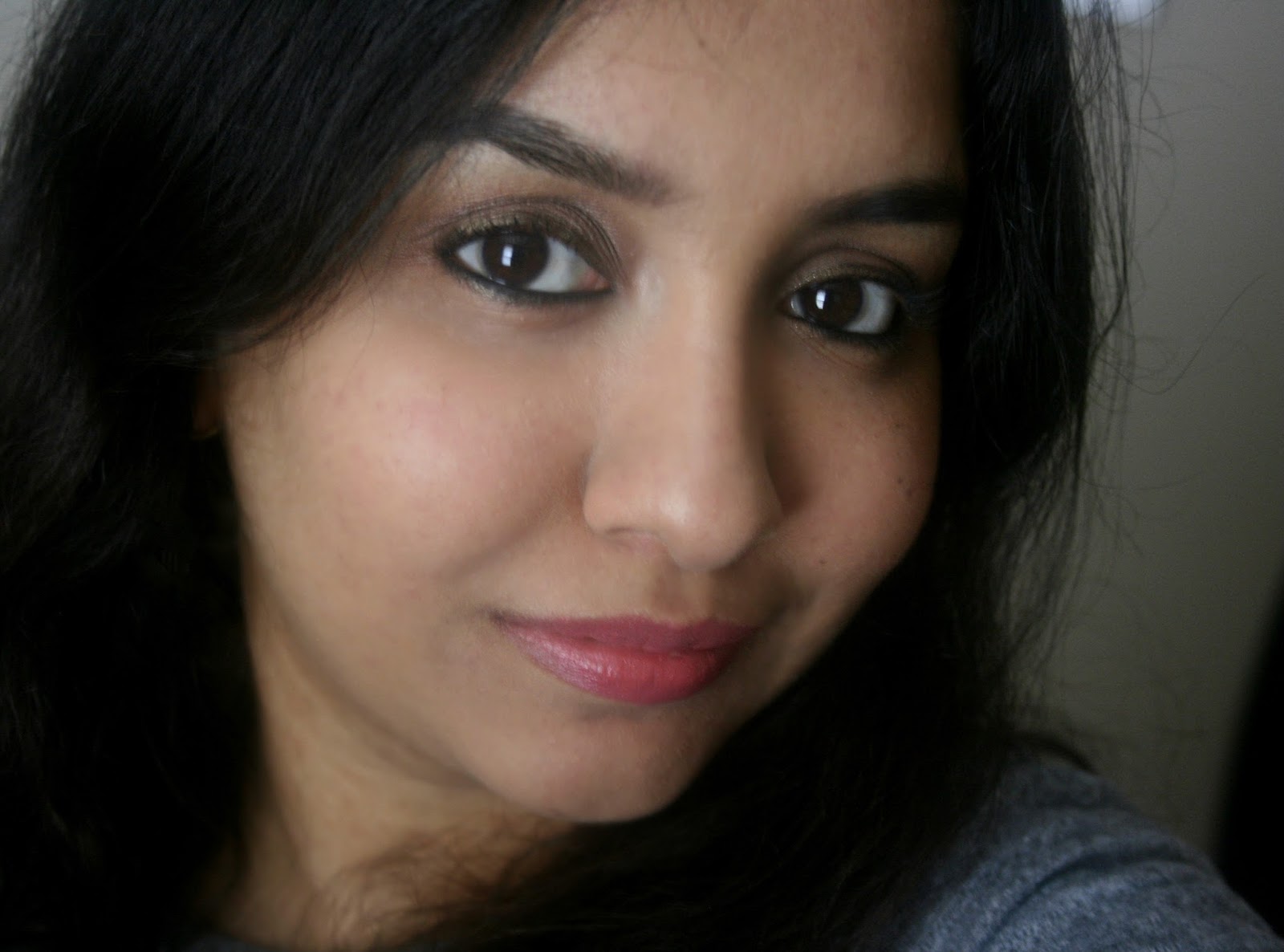 Its an easy look with just a pop of pink on the lips. The lip color is a tad bright for me, but paired with neutral eyes, it makes it just a little more wearable.
Posted by Appu